The Toronto Chapter continues to 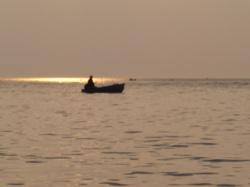 Our chapter continues to recognize that the environmental health of the Great Lakes are being threatened by water overuse and contamination.  We are showing Toronto water management how current methods for handling waste-water can be improved by using low impact techniques proven in other cities.  We are also promoting the proposal that overall management of The Great Lakes must be changed to put the management of this greatest of the world's water resources back into the hands of the local communities that live in the region.  We are working to turn the lakes into a multinational "commons" protected  for future generations.
More Info:   www.greatlakescommons.org/

Our chapter's waste-water campaign advocated low impact approaches to development, amply successful in other cities and the elimination of by-passes and overflows of sanitary sewage. We need to discontinue the addition of fluoride in drinking water and implement water conservation policies. The overall management of the Great lakes, the world's most extensive storage of fresh water, needs to allow full participation by communities in the region. 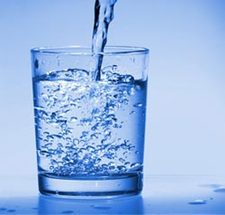 We are proud to have launched UnFluoridate It! to work in conjunction with the national organization's Unbottle It! campaign.  We continue to strive to remove fluoride from the GTA's drinking water, while offering support to other communities battling the addition of this toxic waste to our drinking water.

World Water Day 2017
World Water Day, on 22 March every year, is about taking action to tackle the water crisis. Today, there are over 663 million people living without a safe water supply close to home, spending countless hours queuing or trekking to distant sources, and coping with the health impacts of using contaminated water.
This year's theme is Wastewater. Globally, the vast majority of all the wastewater from our homes, cities, industry and agriculture flows back to nature without being treated or reused – polluting the environment, and losing valuable nutrients and other recoverable materials.
> Read more: worldwaterday.org and wastewater
> Take action for water on World Water Day!: Council of Canadians


Alberta Budget 2017: $100M committed for clean drinking water on First Nations (March 17 2017)
The Grand Chief of the Confederacy of Treaty Six First Nations is pleased with the Alberta government’s commitment to ensure all First Nations across the province have access to safe drinking water.
“I’m very, very encouraged. I think it’s a very important step in terms of providing access to clean water,” Willie Littlechild said Thursday.
“We shouldn’t have had to wait this long to have access to clean water.”
> Read more: Global News


Editorial: Canada must work with states to protect Great Lakes (March 6 2017)
Trump’s proposed budget calls for a cut of 97 per cent to an initiative that protects water quality in the Great Lakes. Politicians on both sides of the border must work together to make sure it isn’t approved by Congress.
> Read more: Toronto Star


Petition: Protect Every Lake and Every River
Prime Minister Justin Trudeau has begun a major review of our water laws.
Four years ago, the Harper government removed protections from 99% of the lakes and rivers in Canada under the Navigable Waters Protection Act and gutted other important environmental and water laws. This paved the way for industrial projects that could threaten water, leaving it vulnerable to dams, mining, pipelines, logging, fish farms, liquefied fracked gas terminals and more.
> Sign the petition: Council of Canadians


Nestlé and bottled water have to go!
On January 18, the Ontario government announced it would raise the fees that bottled water companies like Nestlé pay to pump out millions of litres of groundwater every day.
The new fee?
One-twentieth of a penny per litre!
This new fee is clearly not going to protect vulnerable groundwater sources from being exploited and wasted as single use, disposable bottled water.
> Read more: Council of Canadians
> Sign: Boycott Nestle pledge


New Zealand river first in the world to be given legal human status (March 15 2017)
A river in New Zealand has become the first in the world to be granted the same legal rights as a person.
The New Zealand parliament passed the bill recognising the Whanganui River, in North Island, as a living entity.
Long revered by New Zealand's Maori people, the river's interests will now be represented by two people.
The Maori had been fighting for over 160 years to get this recognition for their river, a minister said.


Earth's oceans are warming 13% faster than thought, and accelerating (March 10 2017)
Our new study improves estimates of the rate of ocean warming - a critical component of climate change
> Read more: The Guardian


Mercury-blighted community of Grassy Narrows takes its case to the UN (Feb 27)
Delegation of indigenous Canadians presenting its case in Geneva for safe drinking water for community first poisoned in the 1960s.
> Read more at The Star

Birch Bark Canoe Building Project
Hi, my name is Sylvia Plain, I am the founder of the Great Lakes Canoe Journey, a project that envisions bringing together the citizens of the Great Lakes Basin on an annual basis by way of canoes to celebrate our relationship to the waterways, to each other, and to learn about Anishinaabe canoe culture and canoe building.
It is now 2016 and the Great Lakes Canoe Journey is reaching out to ask for your assistance to help us raise funds to build a birch bark canoe, to be able to employ youth to learn how to build a birch bark canoe and to organize a canoe journey this upcoming summer.
> Read more & support the Birch Bark Canoe Building Project

Five of the best water-smart cities in the developing world (Feb 29)
With the majority of the world’s population now living in cities, solving water problems specific to metropolitan areas is crucial. Whether there’s too much water or not enough, whether it’s too polluted or too salty, these issues can be solved with thought, ingenuity, money and organisation.
> Read more at The Guardian

First Nations highlight the right to water and sanitation at United Nations hearings in Geneva (Feb 23)
First Nations are raising their demand for the right to water and sanitation at the United Nations.
Yesterday, CBC reported, "The lack of safe drinking water in three northwestern Ontario First Nations is on the agenda Monday [Feb. 22] at the United Nations Committee meeting on Economic, Social and Cultural Rights. Shoal Lake 40, Neskantaga and Grassy Narrows (Asubpeeschoseewagong Netum Anishinabek) First Nations were all planning to make presentations to the committee in Geneva, Switzerland. None of the First Nations have tap water that is safe to drink." Fawn Wapioke, Chief of Iskatewizaagegan (Shoal Lake 39) and member of the Grassroots Indigenous Water Defence, is also a part of this delegation.
> Read more at the Council of Canadians

Four billion people face severe water scarcity, new research finds (Feb 12)
At least two-thirds of the global population, over 4 billion people, live with severe water scarcity for at least one month every year, according to a major new analysis.
The revelation shows water shortages, one of the most dangerous challenges the world faces, is far worse previously than thought.
> Read more at The Guardian

River Run 2016: Healthy river, healthy people.
In Spring of 2016 Grassy Narrows people will travel 1,700 km to Toronto to call on Premier Wynne to finally clean up the 9,000 kg of mercury that were dumped in our river in the 1960’s.  Join us as we demand justice for our people and protection for the waters and forests that give life.
Here are 5 things you can do now to support us:> Read more at freegrassy.net

EPA Again Postpones Enbridge Fine for 2010 Kalamazoo River Spill (Feb 19)
Negotiations between Enbridge Inc. and the U.S. Environmental Protection Agency have been extended again over a fine that could exceed $100 million for violations under the Clean Water Act in the pipeline operator’s 2010 Kalamazoo River disaster.
> Read more at Inside Climate News

Race Best Predicts Whether You Live Near Pollution (Feb 18)
When asked directly whether environmental racism was at play in Flint’s water crisis, Michigan Governor Rick Snyder replied last month, “Absolutely not.” But the city’s money-saving shortcuts have now poisoned, with their own tap water, up to 8,000 children as well as many other residents, most of them black.
“Environmental racism” describes the fact that people of color and low-income people are most likely to be situated near sources of contamination and away from clean water, air, and soil. A city like Flint, where more than half of the population is black in a state that’s nearly 80 percent white, and where the poverty rate is above 40 percent, is a textbook case, whatever Governor Snyder says.
> Read more at The Nation